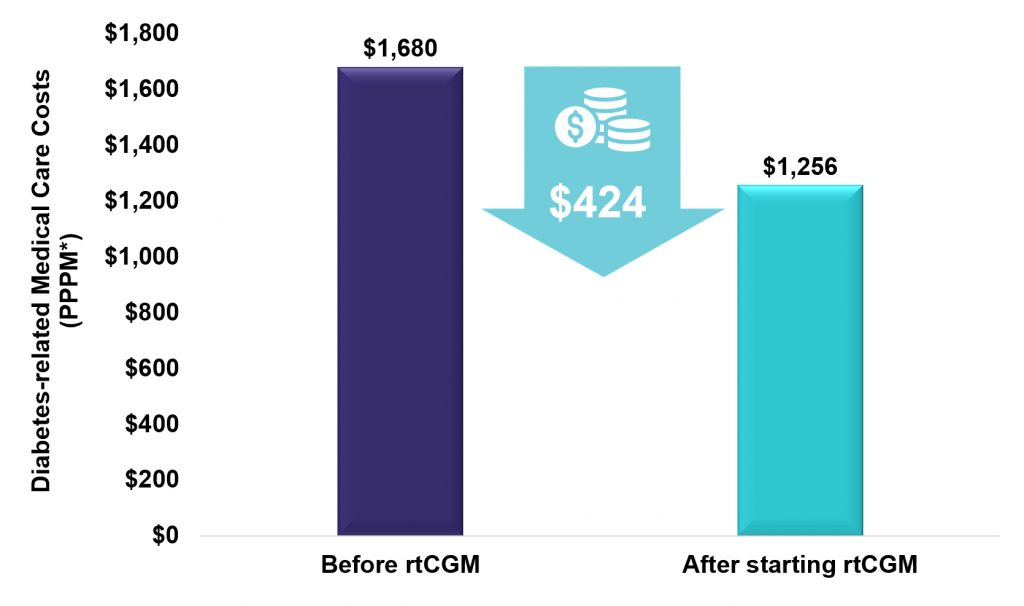 *PPPM = per patient per month

About the report: The incorporation of time in range (TIR) metrics alongside HbA1c is expected to enhance the way in which diabetes is managed in the future, and subsequently, reduce the overall societal and economic burden. To assess the value of improving TIR from its current state to the minimum consensus target of 70% and 80% TIR, the IQVIA Core Diabetes Model was used to estimate cost reductions in complications and costs associated with improving TIR. Using this model, improvements in TIR were estimated to reduce the risk of developing diabetes-related complications resulting in a conservative reduction of $2.1-7 billion in costs over a 10-year period, based on the relationship between TIR and HbA1c. The addition of incrementally reducing hypoglycemic events in people with Type 1 Diabetes by 40% and improving TIR to 80% generated a total 10-year cost reduction of $6.7-9.7 billion. This reduction in costs represents a conservative estimate.

Key Takeaway: This webinar presents the first estimation of reduction in complications and costs associated with improving time-in-range per research found in the Advancing Glycemic Management in People with Diabetes report. You will hear directly from an advocate for people with diabetes about the Time-in-Range movement and gain an understanding about what’s to come in the realm of diabetes care management.

Key Takeaway: A recent RCT comparing an rt-CGM and is-CGM device demonstrated differences in %TIR over several glucose ranges allowing for projection of potential clinical outcomes. A COA was performed comparing these clinical cost offsets for rt-CGM and is-CGM in people with T1D (n=2,000) and impaired awareness of hypoglycemia (IAH; ~30% of people with T1D), applied to eight countries each over a one-year period. The demonstrated differences in %TIR spent at low, optimal, and high glucose ranges are likely to translate into significant clinical and economic benefits for rt-CGM compared with is-CGM.